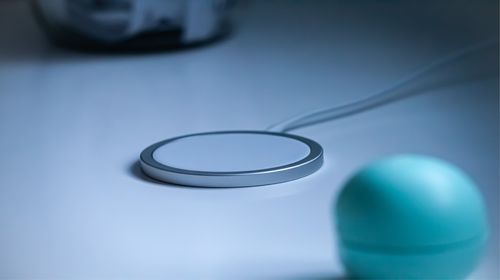 When it comes to chargers we all are a bit picky. We prefer to have a quality charger despite its price. Some of you might be familiar with Magsafe. Introduced in 2006, MagSafe was a wireless charger that uses magnetic pins to connect the device with the charging cable. At first it was used for Apple’s MacBook computers. Instead of inserting a plug into a computer's side, the MagSafe charges the computer without damaging the connector or the notebook's power socket.

What Devices Can be Charged by MagSafe?

The MagSafe charger will also charge the wireless AirPods, while only the Duo can accommodate the Apple Watch. Due to the lack of a magnetic back, the following models will be charged but the charger will not be firmly "stuck" to them like the iPhone 12. The less magnetic structure will make the connection less secure.

Other opportunities are MagSafe 3-in-1 Wireless charger and MagSafe Car Vent Mount Pro, the latter is a magnetic car mount that you stick onto your car vent.  MagSafe 3-in-1 charger may charge three devices at once.

Can MagSafe be Used Over Cases?

The new MagSafe charger is particularly designed to work with its own accessories like its silicone case. Hence, having an iPhone case is a good idea. Though, one can also use a MagSafe charger even when the device doesn’t have a case on it. It might work better, though. The cases which are not specifically Magsafe compatible could also be used; however, the results won’t be the same and will depend on the case’s material and thickness. Interesting thing is that Apple suggests the accessory makers produce cases with a maximum 2.1mm thickness for the MagSafe charger, and the company itself offers cases with 2mm thickness.

How Much Power Does The Charger Have?

The new MagSafe charger has 15W power, which means charging with it will be a bit slower than using a 20W charger with a usual cable. On the other hand, this wireless charger is faster twice than the regular wireless charging mats having 7.5W. From the user's experience, it turned out that you won’t get a full 15W if your power adapter is less than 20W, which is quite controversial with the fact have been stated by Apple that at least a 12W power adapter will be enough.

Are There Any Damages by Charging With MagSafe?

Apple warns about the possible damages that could arise by charging with Magsafe. If you leave your credit cards, passports, security badges, and key fobs between the phone and the charger while charging, they could be magnetized. Remove these items before charging or make sure that they are not between the charger and the back of your device.

As with other wireless chargers, your device and the charger might get slightly warmer. The software might stop charging above 80% to extend the lifespan of your battery. Your iPhone will charge again when the temperature drops. For that reason move the iPhone and charger to a cooler place.

Can MagSafe Leather Wallet Stay on Your Phone While Charging?

Alongside the MagSafe charger and Magsafe cases that Apple introduced with the iPhone 12, MagSafe Leather Wallet was also among the new releases. The wallet has magnets on the back and it can be attached right to an iPhone as an add-on accessory. So, you might be interested if you can use your Magsafe charger with the MagSafe wallet on your phone. The answer is unfortunately No! You have to take your wallet off before charging.

The discussions over MacSafe products are endless with various rumors. People spread videos of how they stick their iPhone12 to something like a fridge and it charges, but you should know that MagSafe charger is still the only wireless option to charge the iPhones; however, there are substantial rumors about the first portless iPhone coming out next year. It will also open up a whole new avenue of magnetic accessories for the iPhone. Stay informed not to miss the upcoming offers!